Last week I spent a few days in a beautiful area of Dorset called Osmington. We were very lucky with beautiful weather to enjoy the stunning view, good food and local drinks. While we were there I just had to make a couple of visits to locations with very strong literary history...

The first trip was to the very pretty village of Corfe which is overlooked by the dramatic ruins of Corfe Castle, which was built by William the Conqueror. It was used by monarchs for the next six hundred years until it was sold by Elizabeth I to Sir Christopher Hatton. There is so much history in these walls and it is great fun to explore take in the atmosphere.

As well as my interest in history, I was also fascinated to learn that Enid Blyton was a regular visitor to this part of Dorset and Corfe Castle was her inspiration for the famous Kirrin Castle in her Famous Five books. To celebrate this, there is a fun shop in the village called the Ginger Pop Shop which stocks hundreds of editions of Enid Blyton titles and souvenirs as well as vintage gifts. I purchased two books, a 1990 edition of The Mystery of the Disappearing Cat and a 1965 edition of Brer Rabbit's A Rascal.


Corfe is really worth a visit. You can even arrive by steam train on the Swanage Railway! There is lots to do as well as the castle from a Model Village which shows how the castle would have looked in the past, a nature walk with stunning views of the castle and many tearooms and pubs serving excellent food. Plus you can grab lashings of ginger beer from the Ginger Pop Shop! 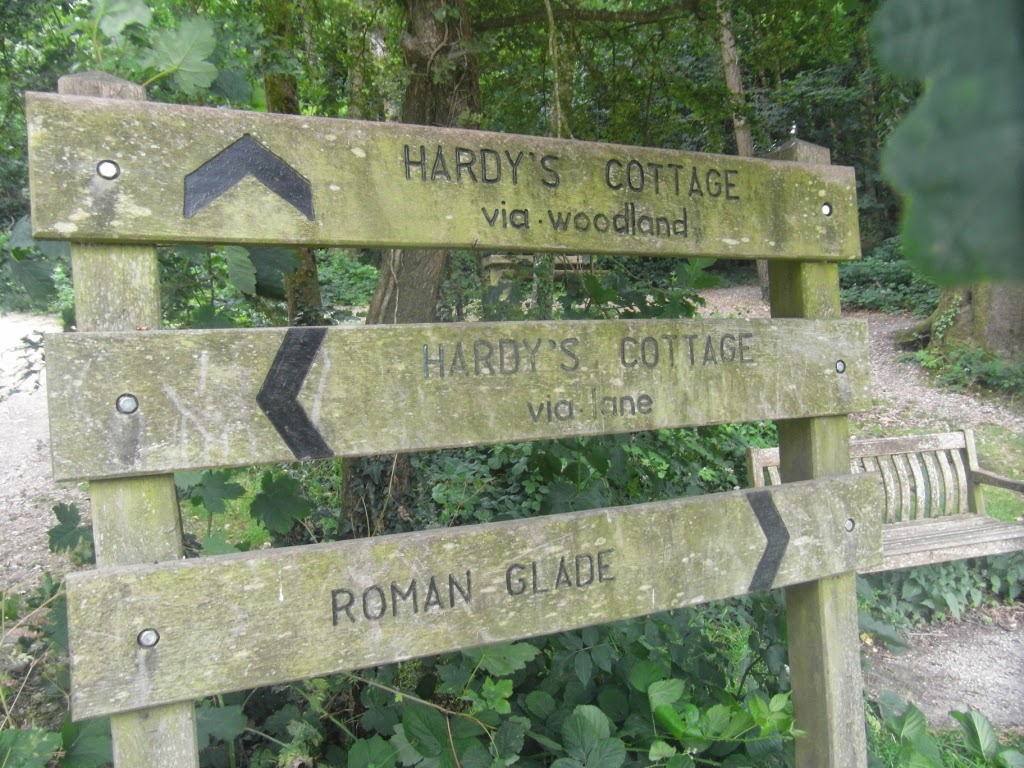 Our next visit was to Thomas Hardy's Cottage in the outskirts of Dorchester, which was his birthplace and childhood home. I am a big fan of Hardy's work in particular Tess of the d'Urbervilles which is one of my favourite novels! I would recommend using a satnav or printing off the directions from the National Trust website as it is rather hidden away with little signage on the roads, but it makes it even more interesting, discovering a cottage in the middle of the countryside. From the car park, it is either a 10 minute bridle walk or a 15 minute woodland walk to the house. We opted for the woodland walk which is a little steep, but so quiet and peaceful with just the sounds of birds singing. It really evoked the memory of Tess walking through the countryside to her next job!


There is a small kiosk selling tickets which also sells a range of Hardy books and DVDs. I bought a copy of Under The Greenwood Tree which was based at this cottage and described as Tranter Dewey's house. It is even stamped with the Thomas Hardy cottage mark once you buy it! The cottage garden is lovely, full of beautiful plants. There is a wheelbarrow in front of the house full of cuttings from the garden which you take away with you. I bought a pink lobelia which I have named Fancy Day after the flirty character in Under The Greenwood Tree! 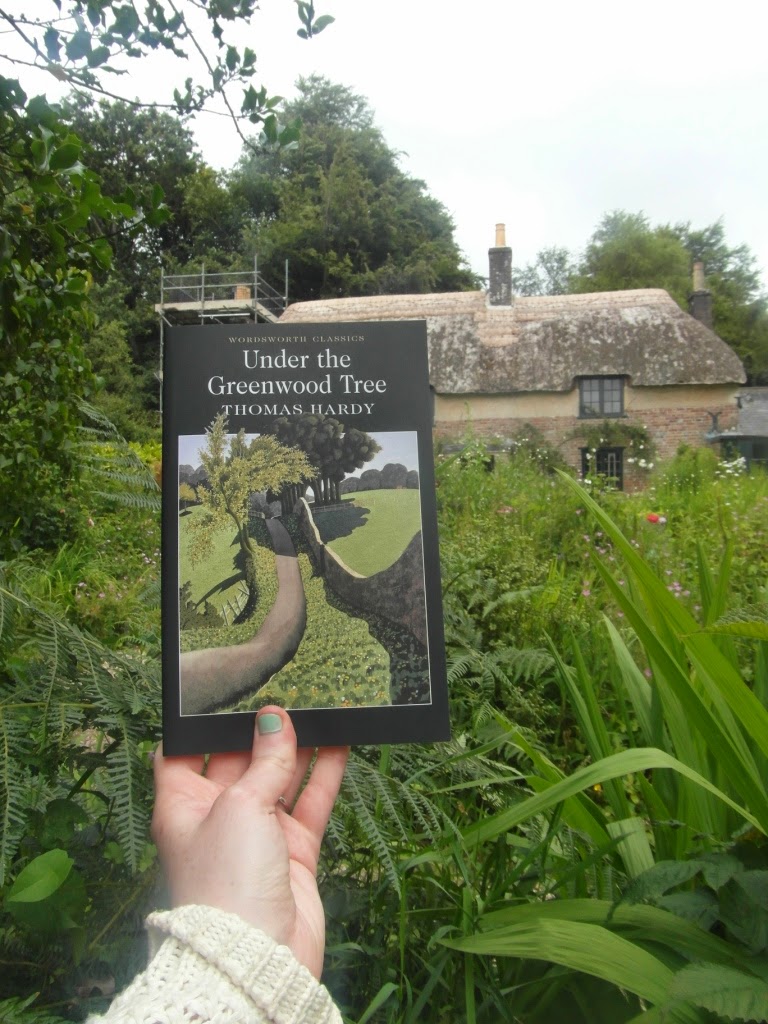 The first room you enter is the cosy parlour, with a real fire where the Hardy family would have cooked, eaten and entertained. This room is the location for the dance party in Under The Greenwood Tree.


Next is the office where the men of the family would go through the house accounts. There are some documents in view here and a bookcase full of editions of Hardy's work. Then it's up some steep stairs to the three bedrooms. First is the room that would have been shared by Hardy's two sisters who were both teachers. In the middle of the first floor is Hardy's parents' room which has a double bed and a cradle. Eerily in the cradle is a snake which recalls the story of Hardy's mother finding him asleep in the cradle as an infant with a snake across his body. In Greek mythology this was a symbol of wisdom. Lastly is the room of Hardy himself, with poem he wrote by hand at the age of 16 displayed on the wall.


Back down some steep almost ladder down stairs is the kitchen which overlooks the pretty garden. After a wander around the house, we sat outside in the tranquil surroundings and I began to read my new book before the walk back to the car.

There is a new visitor centre and café being built in the car park now, which is due to open in September 2014 which will be a welcome addition after a walk on a hot day, but I hope the site does not change too much as at the moment it is like walking back in time and its lovely to be able to spend a day in Hardy's rural Dorset.   Links: