The Joy Of Rejection by Jasper Gibson 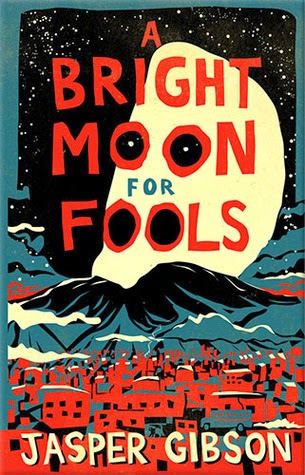 I have recently read A Bright Moon For Fools, a dark comedy by Jasper Gibson which is perfect for fans of Hunter S. Thompson. It also reminded me of the recent box office hit The Grand Budapest Hotel with our hapless hero, an overweight alcoholic older gentleman called Harry Christmas on the run in Venezuela after committing a crime being chased across the country by a knife wielding maniac. The dark humour is interspersed with the odd flash of disturbing violence and Harry encounters some colourful characters as well as taking on some new guises. There is also some warmth as Harry reminisces about his dead wife and tries to atone for his bad ways. Harry is an articulate and gentlemanly conman with some amusing monologues on what irks him about modern life, or what he calls The Rot. You will end up feeling all sorts of emotions towards him during the course of the novel, but he is certainly a memorable character!

The author Jasper Gibson has very kindly written the feature below for my blog, which highlights the feelings of rejection when your pride and joy is not snapped up with publishers straight away...


The Joy of Rejection
Jasper Gibson


It was only once I’d finished writing my first novel ‘A Bright Moon For Fools’ that I understood the ancient and mysterious bond between writing and sex: rejection.


Your first rejection, like your first love, is always the most painful. In my case it was doubly so because it wasn’t even from a publisher. It was from my agent.


Recently returned from Caracas, clutching my story about a man called Harry Christmas – part Ignatius P. Reilly, part Jim Royale, part Oliver Reed –crashing around rural Venezuela, unable to get over the death of his wife and getting into serious trouble, I was brimming with pride and excitement.

‘Congratulations!’ he said. ‘Fantastic! Send it to me! Great!’


I never heard from him again.


For five months I left messages and sent emails. Finally I got through to an assistant. Let’s call him Henry. ‘Henry’ I said ‘I’m just calling to see if your boss has read my manuscript yet’ and he said ‘What was your name again?’ and then he said ‘What was the book called again?’ and then he let off a harrumph and sighed. Poor old Henry was having a rather tiresome day.


‘I think I have seen that around somewhere,’ he conceded. ‘Things have been so busy lately – probably the best thing is – why don’t you just send it in again?’


‘Henry,’ I replied ‘have you ever seen a man defecate in his own mouth? Because that’s what you’re going to be able to do once I’ve ripped your spine out! Now find my book and tell him to read it!’ Do you know what Henry said? Nothing. Because that’s not what I said to Henry.


What I said was ‘OK. Um. Right. OK…’ by which time Henry had already hung up the phone, and I was stuffing another manuscript into an jiffy bag so full of self-loathing it didn’t fit into the post box.


Eventually I got another agent and that’s when the real rejections began, the juicy ones, the ones that taste like acceptance for the first two thirds of the email before turning to ashes in your mouth with the word ‘Unfortunately…’.


But, as the saying goes, when one door closes, another one slams in your face.  You remain undeterred. In fact, you get used to rejections. Then you find you quite like them. You’ve absorbed the stories of your favourite writers who were rejected countless times before being published. ‘I knew it.’ you curse as yet another gloomy email arrives. ‘This proves it’s a great novel!’


Now you’ve been driven quite insane. You positively delight in the rejections. You are a veteran. Rejection letters are your war stories. When I finally received an email from Simon & Schuster saying they wanted to publish my book I threw myself back from my desk in horror ‘This is an outrage!’ I thundered. ‘How dare they?’


But that was it. Now revenge will surely be mine. Now I can haunt the aisles of Waterstones and WHSmith, waiting for someone to pick up a copy before I snatch it out of their hands and rubber stamp the word ‘rejected’ on their foreheads. ‘Your fundamental character isn’t likeable enough,’ I’ll say, carefully replacing the book on the shelf. ‘And you won’t appeal to teenagers. Now clear off!’

Thanks to Jasper for taking the time to write this. A Bright Moon For Fools it out now!
Posted by holliekins at Thursday, August 21, 2014